Breathing oxygen-enriched air can significantly improve exercise performance in people with pulmonary hypertension (PH) linked to heart failure with preserved ejection fraction (HFpEF), including those who might not use supplemental oxygen, according to a small clinical study.

Better blood-oxygen levels and more efficient breathing (exchange of carbon dioxide and oxygen), as well as a lower heart rate and less dyspnea (shortness of breath) were among other noted benefits of oxygen use during exercise in these patients.

The study, “Effect of Breathing Oxygen-Enriched Air on Exercise Performance in Patients With Pulmonary Hypertension Due to Heart Failure With Preserved Ejection Fraction: A Randomized, Placebo-Controlled, Crossover Trial,” was published in the journal Frontiers in Medicine.

HFpEF occurs when the heart’s lower left chamber (ventricle) is not filling with blood as well as it should, so it pumps out less blood than the body needs. People with HFpEF can develop PH, leading to disease progression and exercise intolerance, lowering their quality of life and putting them at a greater risk of death.

Returning to My Exercise Routine, One Dance Step at a Time

While no medicines effectively treat HFpEF, previous studies have shown that exercise training can raise exercise capacity and quality of life in HFpEF patients.

Long-term oxygen therapy is recommended for PH-HFpEF patients with low levels of oxygen in the blood (hypoxemia), but no study has evaluated its potential in improving exercise capacity in patients with normal blood-oxygen levels.

Scientists at the University of Zürich opened a small clinical trial (NCT04157660) to determine whether oxygen-enriched air benefits exercise in PH patients with HFpEF, but without hypoxemia while at rest.

A two-day crossover trial, each of 10 enrolled adults (five men and five women; mean age of 60) — all on stable medication and with no chronic lung disease — underwent four cycling exercise sessions. Two on one day were of slightly increasing intensity up to a person’s fitness (called an incremental exercise test or IET), and two on the next day were CWRET sessions (up to 75% of person’s capacity as measured with ambient air). Patients had a two-hour break between each day’s session, and were blinded as to whether they were breathing ambient air or enriched oxygen though a mouthpiece at each session.

The study’s primary goal was to assess differences between oxygen and ambient air breathed while exercising, as seen in Wmax on the IET, and in cycling time during high-intensity CWRET.

Patients’ mean left ventricular ejection fraction was normal at 63%, oxygen saturation in the blood (SpO2) while at rest was normal (98%), and their average six-minute walking distance was also within normal range, 495 meters (1,624 feet).

Supplemental oxygen significantly increased Wmax of the incremental exercise test to 99 watt, in contrast to lower-than-predicted values seen with ambient air (93.6 watt). Oxygen also lowered (improved) the mean Borg CR10 dyspnea score from 6.9 to 6.1, while no differences were seen when breathing ambient air. This scale is a patient-reported method of rating breathing difficulties, and it ranges from zero (no difficulty) to 10 (maximal difficulty).

Breathing oxygen also improved several parameters associated with blood-oxygen levels, as well as cerebral and muscle tissue oxygenation, and led to a lower heart rate by the end of training. At the end of these exercise sessions, the minute ventilation to CO2 output ratio (V’E/V’CO2 slope) was significantly lower, showing that ventilatory efficiency (carbon dioxide output and oxygen uptake with breaths) improved with oxygen-enriched air.

CWRET findings likewise showed that oxygen improved cycling time from a mean of 532 seconds with ambient air to 680 seconds.

Researchers also calculated that patients produced more external cycling work — a measure of energy used during an exercise — in the CWRET compared to the IET, and that energy expenditure significantly increased when breathing oxygen compared to ambient air.

“This … study in patients with PH-HFpEF without resting hypoxemia shows for the first time that breathing oxygen significantly enhances cycling exercise performance in terms of Wmax in IET and cycling time in CWRET along with less dyspnea perception and a higher ventilatory efficacy,” the scientists concluded.

“Future studies should investigate whether prolonged training with supplemental oxygen would increase the training effect and, potentially, daily activity for PH-HFpEF patients,” they added. 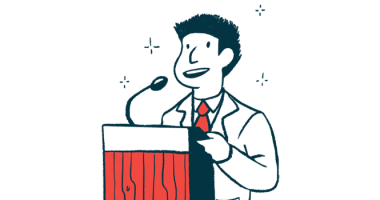