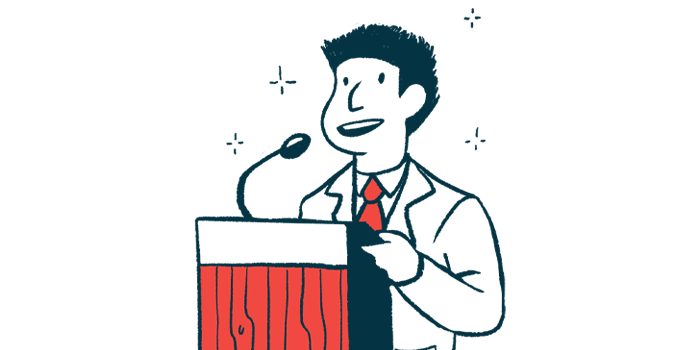 The assessment included comparisons against Gleevec, another oral formulation of imatinib sold by Novartis that is approved to treat certain blood cancers, but was not developed for PAH due to safety issues. Tenax now is modifying the formulation of TNX-201 to help ensure optimal efficacy and tolerance in an upcoming Phase 3 clinical trial, which is expected to launch in the second half of this year.

“TNX-201 represents a potential major advancement in the treatment of patients suffering from PAH — a disease for which there are currently no disease-modifying treatment options. We believe the short time required to optimize the TNX-201 formulation will increase our probability of success in Phase 3 and we look forward to providing additional updates on this program in the months ahead,” Christopher Giordano, Tenax’s president and CEO, said in a press release.

Tenax also announced updates related to the development of levosimendan, an investigational treatment for pulmonary hypertension and heart failure with preserved ejection fraction, called PH-HFpEF. That is a type of pulmonary hypertension in which the heart beats normally, but is too stiff to properly fill up with blood during the diastolic (filling) phase of heartbeats.

Providing Support to Parents May Boost Children’s Quality of Life

Tenax sponsored a Phase 2 clinical trial called HELP (NCT03541603) that tested levosimendan in 44 people with PH-HFpEF. Results, published last year, suggested the medication led to a decrease in pressure on the left side of the heart in more than four of every five participants.

Patients who completed HELP had the option to enroll in an open-label extension study called TNX-LVO-05, where they could continue treatment with levosimendan while being monitored for safety and efficacy.

In the original HELP trial and the start of the extension trial, levosimendan was administered via infusion into the bloodstream. Tenax now has announced that patients in the trial were able to transition from the infused version of the therapy to an oral formulation, called TNX-103, without any noteworthy safety problems.

Comparisons of trial data have indicated that TNX-103 is comparable to, or possibly more effective, than the infused version, according to Tenax.

“The results from our TNX-LVO-05 substudy are an important achievement for our TNX-103 program, taking us one step closer to developing levosimendan as a treatment for PH-HFpEF, a very serious disease without an approved drug,” said Stuart Rich, MD, chief medical officer at Tenax.

“These patients had very advanced disease when they began receiving levosimendan two years ago, and we were not expecting to observe improvements in efficacy. The favorable response to the oral formulation speaks to the durability of drug effect and provides us with important insights as we construct our Phase 3 trial design,” Rich added.

Research published last year showed that levosimendan may be effective for PH-HFpEF by reducing the amount of blood pushing on the body’s blood vessels via activation of proteins called ATP-dependent potassium channels.

“The open label extension of the HELP trial has provided additional clinical evidence that levosimendan acts as a potassium ATP channel activator to provide a durable treatment effect, even after two years, in patients with PH-HFpEF. As a result of this discovery, we believe Tenax is now well-positioned to develop levosimendan across multiple cardiovascular and pulmonary indications,” Giordano said.

Tenax recently announced it had received a notice of allowance from the U.S. Patent and Trademark Office (USPTO) for a formulation of levosimendan to be administered by subcutaneous (under-the-skin) injection, called TNX-102.

The USPTO is expected to formally issue a patent this month, which would cover subcutaneous administration of levosimendan to treat people with any type of health condition, and is expected to expire at the end of 2039, barring any extensions.

“With new patent protections for subcutaneous levosimendan forthcoming, we will have an even longer opportunity to develop and commercialize levosimendan,” Giordano said.