Chinese researchers have identified a microRNA as a key molecular factor involved in lung blood vessel remodeling in response to low oxygen levels — a process leading to pulmonary hypertension.

The study “Upregulation of MicroRNA-214 Contributes to the Development of Vascular Remodeling in Hypoxia-induced Pulmonary Hypertension Via Targeting CCNL2,” published in the journal Scientific Reports, revealed new insights into the mechanisms leading to lung hypertension that might one day lead the way to better treatments for the devastating disease.

Low oxygen (hypoxia), is a known trigger of lung hypertension — a feared complication for patients with chronic obstructive pulmonary disease (COPD). Among the 30% of COPD patients who develop lung hypertension, airway obstruction and hypoxia are more severe.

Earlier research suggests that microRNAs, RNA molecules not involved in protein production but in the control of gene activity, are key players in the adaptations the body makes when faced with low oxygen levels. Such microRNAs are called “hypoxamiRs.”

Experiments showed that when researchers added miR-214 to cells in a lab dish, they began to divide faster. The action was made possible by suppression of a process called apoptosis (programmed cell death.) Apoptosis is crucial for keeping cell populations in check, but the research team discovered that miR-214 lowered the levels of the cell death factor CCNL2 that allowed cell death to take place. Repeating the experiment with added blockers of miR-214 prevented cells from expanding, showing that CCNL2 was controlled by miR-214.

The team concluded: “Taken together, the results of our study showed for the first time that the abnormal, hypoxia-induced enhancement of PASMC [pulmonary artery smooth muscle cells] proliferation can be partially but significantly attenuated by the downregulation of miR-214. This finding might shed some light on the molecular mechanism underlying the development of PH in COPD patients, as well as on the prevention and treatment of this complication.” 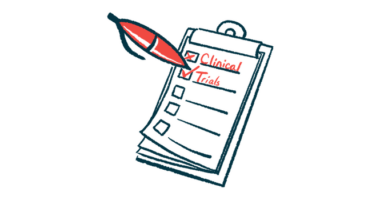