The decision was not driven by any safety concerns, Actelion, one of Janssen Pharmaceutical companies of Johnson & Johnson, said a press release.

Rather, it wants to obtain more clinical data to make a stronger case for Opsumit’s filings in Europe, the U.S., and elsewhere.

“We remain committed to addressing the high unmet needs that persist in this severe, life-limiting disease, and will continue to study macitentan in this patient population,” said Martin Fitchet, MD, global head of Actelion’s Research & Development.

Actelion’s withdrawal followed a response letter by the U.S. Food and Drug Administration (FDA), issued earlier this year, rejecting Opsumit’s use for CTEPH. The agency specified that the company needed to conduct more studies to accurately evaluate the medicine’s efficacy and safety.

Actelion said it is working closely with the FDA to decide on the next steps.

Opsumit is an oral endothelin receptor antagonist (ERA) approved for the treatment of PAH to help ease disease symptoms and slow progression. It works by reducing the blood levels of endothelin, a small protein that constricts blood vessels to raise blood pressure.

CTEPH is a rare form of pulmonary hypertension (PH) caused by the formation of blood clots that block pulmonary arteries, leading to abnormally high blood pressure in the lungs.

A surgical procedure called pulmonary thromboendarterectomy (PTE) can be used to remove these clots, as well as the scar tissue that forms in the arteries, and restore normal circulation through the lungs. However, surgery is not an option for all patients. For instance, PTE cannot be performed if clots are not easily accessible or are caused by other conditions, such as severe lung disease of left heart disease.

Actelion’s filings to extend Opsumit’s use for inoperable CTEPH relied on data from the Phase 2 clinical trial MERIT-1 (NCT02021292), which evaluated the therapy’s efficacy, safety, and tolerance in adults with the condition.

The trial included 80 patients given either 10 mg tablets of Opsumit, or a placebo, once a day for up to 24 weeks. Results showed that treatment with Opsumit significantly lowered patients’ pulmonary vascular resistance, making it easier for blood to flow through the lungs, and improved their ability to exercise, while being well-tolerated.

The MERIT-1 trial was followed by a long-term Phase 2 study, called MERIT-2 (NCT02060721), evaluating if Opsumit’s prolonged effects are safe, tolerable, and efficient enough to be used to treat inoperable CTEPH. The study is taking place mostly in Europe and Asia, and is expected to conclude in 2020. 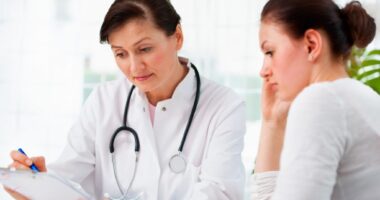