A researcher exploring stem cells to treat pulmonary arterial hypertension (PAH), among other heart conditions, was recently inducted into the Johns Hopkins University Society of Scholars — an honorable group of scientists who include both Nobel laureates and Lasker Award winners. 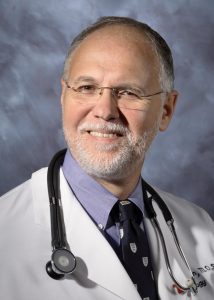 “Dr. Marbán has earned this prestigious honor for developing investigational stem cell and gene therapies for heart disease patients. His pioneering work has raised the hope that several ‘irreversible’ conditions, such as heart failure, may actually be reversible, at least in part,” Shlomo Melmed, Cedars-Sinai executive vice president of academic affairs and dean of the medical faculty, said in a press release.

The Society of Scholars, founded in 1967, inducts former Johns Hopkins University scientists — postdoctoral fellows, postdoctoral students, and faculty members — who have achieved distinction in their field of research.

Before moving to Cedars-Sinai in 2007, Marbán was already an accomplished researcher at Johns Hopkins. He started his career by completing his medical residency and a fellowship in cardiology at Johns Hopkins before joining the faculty. He eventually worked his way up to becoming chief of cardiology at the medical center.

After moving to Cedars-Sinai, Marbán and his team performed the first cardiac stem cell infusion in the world. His study — a clinical trial — showed that the cardiosphere-derived cells regenerated heart muscle in patients with hearts damaged by heart attacks.

A clinical trial in PAH patients is expected to be launched later this year. Marbán hopes that introducing the stem cells into the lung arteries will lower inflammation, reduce blood pressure, and improve heart health in PAH patients.

Marbán started developing the method while at Johns Hopkins and continued the work at Cedars-Sinai. This stem cell therapy has been licensed from Johns Hopkins and Cedars-Sinai by Capricor Therapeutics, who will advance the therapy through clinical and commercial development for various conditions.