Pregnant Women With Any PH Type at High Risk of Complications: Study Maternal and fetal complications are frequent across pulmonary hypertension (PH) groups, with about a third of patients experiencing an uneventful pregnancy, a small single-center study shows.

While PH due to left heart disease is often thought to carry a lower risk of pregnancy complications than pulmonary arterial hypertension (PAH), similarly high rates of complications, including those related to the heart, were observed between both groups.

In addition, deaths occurring up to a year post-partum were reported only among women with PH due to left heart disease, suggesting a link between pregnancy and this higher risk for this subgroup of patients.

While these findings shed light on the risk of pregnancy-related complications across PH types, larger, long-term prospective studies are needed to determine the true risk of pregnant women with PH due to left heart disease, the researchers noted.

The study, “Maternal and fetal outcomes in pregnant women with pulmonary hypertension: The impact of left heart disease,” was published in the International Journal of Cardiology Congenital Heart Disease.

Pulmonary hypertension is classified into five World Health Organization (WHO) groups based on the cause or origin of high blood pressure, or hypertension, in the arteries that deliver blood from the heart to the lungs.

While PH due to left heart disease is the most common group, most studies of pregnancy-related complications in PH have focused on women with PAH, with reports showing high rates of maternal death (30%–56%).

In the study, a team of researchers in the U.S. retrospectively analyzed maternal and fetal outcomes in 70 pregnant women with different PH types who were followed at a single center from 2004 to 2018.

Fetal outcomes included: loss of a pregnancy before 20 weeks gestational age (miscarriage) or after 20 weeks (still birth), premature birth (prior to 37 weeks), low birth weight (less than 2.5 kg or about 5.51 lbs), and death within the first month of life.

Women with PAH had a pre-pregnancy PH diagnosis significantly more often than those in Group 2 PH (75% vs. 27%). In turn, systemic hypertension and diabetes were more commonly present before pregnancy in Group 2 PH.

While most women (74%) were evaluated by a cardiologist at least once either before, during, or immediately after delivery, 44% received formal cardio-obstetrics care, more commonly in Group 1 PH (83% vs. 25%–44% in the other groups).

Results showed that among the 65 women with complete follow-up information, 24 (37%) had a viable pregnancy without significant complications.

There were no maternal deaths during pregnancy, but three women with PH due to left heart disease died at a median of seven months post-partum, suggesting a higher risk for late post-partum death among this PH group.

Also, five women (7%) showed irregular heart beat and more than a third (37%) experienced major heart-related events, most often heart failure (29% of patients) — which was reported only in WHO Groups 1 and 2.

About 44% of major heart-related events in Group 2 occurred in women with dysfunction of the heart’s main pumping chamber (left ventricle), most of whom were diagnosed in late pregnancy. This emphasizes “the challenges of preventing adverse events and limitations of preconception counseling in this population,” the team wrote.

As expected, blood clot-related complications were significantly more common among women with WHO Group 4, or PH due to chronic blood clots (33% vs. 4%–9% in the other groups).

More than half (58%) of the women underwent caesarian section, 29% had pre-eclampsia, and 14% experienced post-partum bleeding. Miscarriage occurred in four women (6%), and stillbirth in one (in WHO Group 2). Nearly half (49%) of the babies were delivered prematurely and 45% had low birth weight. No baby died within the first month.

Besides heart failure and blood clot-related events, no significant differences in the rates of pregnancy-related complications were found between groups.

This meant that pregnant women with PH due to left heart disease — who are “often felt to be [at] lower risk than Group 1 PH” — had similar rates to those for women with PAH, the researchers wrote.

Further analyses showed that higher blood pressure in the artery that pumps blood into the lungs and pre-eclampsia were significant risk factors for major heart-related events in women with PH.

In addition, left ventricle dysfunction, pre-existing systemic hypertension, diabetes, and pre-eclampsia were associated with an increased risk for heart failure in these women.

There was no link between maternal race and maternal or fetal complications.

These findings highlight the high rate of pregnancy-related complications in women with PH and a potential increased risk for late post-partum death in those with WHO Group 2 PH.

“Given that pregnancy alters long term cardiovascular risk, and the majority of deaths within 1 year of pregnancy are related to cardiovascular disease, extended follow-up in PH patients may be warranted to evaluate late post-partum mortality,” the team wrote. 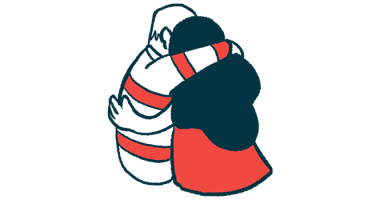 With PAH, Local Anesthesia Better Than General for Mother and Baby