Hospital-based administrative data can be used to identify patients with pulmonary hypertension (PH) in medical records, according to a study done in Canada.

These results, if validated, would pave the way for advances in the screening and treatment of PH, and help investigators improve epidemiological research into this rare disease.

“To our knowledge, this is the first such study conducted in Canada that attempts to reliably identify such patients with this disease using healthcare data in Ontario,” Don Thiwanka Wijeratne, MD, a professor at Queen’s University and co-author of the study, said in a press release.

“Now, we are able to track a large group of patients, look at their other comorbidities [co-existing diseases] and risk factors, and the effects of treatment over time,” he added.

10 Lessons PH Has Taught Me in the Past 17 Years

The study, “Using health administrative data to identify patients with pulmonary hypertension: A single center, proof of concept validation study in Ontario, Canada,” was published in the journal Pulmonary Circulation.

One of the challenges in studying a rare disease like PH is that, since the condition is by definition rare, the number of patients who are available to directly participate in research is limited. A common strategy to get around this problem is using administrative data — for example, insurance codes — to identify patients with PH from medical records, allowing researchers to analyze data for all patients with records in a given medical system.

“Previously, researchers in Canada and other parts of the world have developed similar algorithms to identify patients with other common diseases like diabetes, hypertension, asthma, and chronic obstructive pulmonary disease (COPD),” Wijeratne said. “As a result of these algorithms, there have been significant changes to practices on screening and treatment, and a better understanding of these diseases and what they do to patients.”

Doing PH analyses using administrative codes, however, requires that these codes can accurately identify patients with PH, which had not been thoroughly tested. Now, these scientists in Canada set out to assess this idea.

The researchers analyzed medical records for a total of 449 people who were seen at a Canadian center from 2010 to 2012. After reviewing the full charts, doctors determined that 248 (55.2%) of the patients had a verified diagnosis of PH.

Among PH patients, the mean age was 70.6, and about two-thirds were female; the demographics of the non-PH group were similar.

The team compared their assessment of PH to whether the administrative records for the given patient had a label of PH. This indicated that the administrative records had a sensitivity or true-positive rate of 73%, and a specificity, or true-negative rate, of 99%. Simply put, sensitivity is a test’s ability to correctly identify patients with a disease, while specificity accurately identifies people who do not have that medical condition.

“A major finding of the current study is that 1 hospitalization or 1 ED [emergency department] visit with [administrative] codes used for PH in a health administrative data set is a sensitive and specific means to identify PH patients when using a physician chart review as the gold standard,” the researchers wrote.

They added that the result “validates the utility of a diagnosis of PH using administrative databases to identify cases of PH for population-based epidemiologic studies.” Epidemiological research encompasses the methods used to find the causes of health outcomes and diseases in populations. Such studies evaluate the long-term health outcomes of the given disease.

In other analyses, the researchers showed that assessing the comorbidities or other health conditions of people with PH allowed them to classify 87% of the patients based on the World Health Organization or WHO classification of PH.

The scientists noted that classifying based only on comorbidity administrative codes led many patients to be classified in multiple types. That, they said, “highlights the likelihood that a large majority of patients have more than one PH comorbidity.”

The researchers acknowledged that this was a single study done at one center, so further research is needed to validate the results. 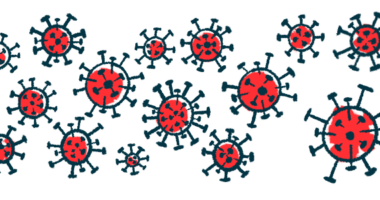