Cell-free DNA May Be Way to Monitor PAH Severity

Noninvasive tests may lead to earlier treatment and prognosis 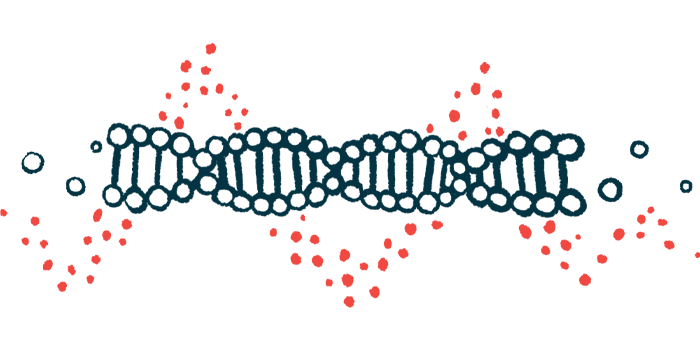 Measuring blood levels of a certain type of DNA released by damaged cells — called cell-free DNA — may be a way to monitor disease severity in people with pulmonary arterial hypertension (PAH), a study found.

The study’s researchers from the National Institutes of Health (NIH) say the test offers an advantage over conventional monitoring tests, which are usually invasive, and could allow clinicians to intervene more quickly and prevent or delay disease worsening for PAH patients.

“Researchers have been actively searching for novel, less-invasive approaches to evaluate PAH severity, disease progression, and response to therapy for more than a decade,” Michael A. Solomon, MD, a study author and member of the National Heart, Lung, and Blood Institute (NHLBI) Cardiovascular Branch, said in a press release. Solomon is also co-director of the NIH Clinical Center Pulmonary Arterial Hypertension Section.

The Heart of the Matter: Grappling With the Dangers of Dehydration

PAH is a rare form of pulmonary hypertension marked by the progressive narrowing of the blood vessels that transport blood through the lungs, causing high blood pressure in these vessels that ultimately leads to heart failure and lung damage.

Disease progression is usually monitored by clinical prediction scores based on symptoms or the use of invasive heart and lung function tests. Other tests, like echocardiography, a type of heart imaging, may be unreliable. Noninvasive biomarkers of disease severity are needed.

Cell-free DNA are short fragments of DNA released by the body’s damaged or dying cells. Measuring cell-free DNA is increasingly being recognized to have a number of medical uses, including detecting organ transplant rejections, cancer, or fetal genetic abnormalities during pregnancy.

The NIH researchers measured levels of cell-free DNA in blood samples from 209 PAH patients who were diagnosed at two U.S. medical centers, most of whom were women, and compared them with a group of 48 healthy volunteers.

They found cell-free DNA was at higher levels in the blood of PAH patients and increased relative to disease severity. Disease severity was determined with the REVEAL 2.0 score, which is a tool to predict survival in PAH patients based on a number of clinical features. Participants were grouped based on REVEAL scores into low-, medium-, or high-risk groups.

Higher cell-free DNA levels were associated with being in a higher-risk REVEAL group, as well as a range of other clinical measures indicating greater disease severity.

The relationship between cell-free DNA and the risk of death or lung transplant was evaluated in a group of 161 PAH patients. The overall incidence of death or transplant among these patients was 45%.

The team then analyzed the cell-free DNA samples from 96 PAH patients and the healthy control group to determine which types of cells the DNA may have been released from.

The cellular injury pattern was distinct between PAH and healthy samples, with a significantly increased amount of cell-free DNA released from certain subsets of cells, including inflammatory cells from the blood and those from fat, blood vessels, and the heart, in the PAH patients.

Results overall “indicate that [cell-free] DNA represents a biomarker of disease severity and poor prognosis,” the researchers wrote. “The ability to isolate and quantify organ-specific [cell-free] DNA provides a unique, noninvasive window into PAH pathogenesis [disease mechanisms], in a disease where tissue sampling is possible only at the time of transplantation or death.”

Such monitoring could enable sooner identification of at-risk patients, allowing treatments to be started that can prevent the development of heart failure, the team noted.

“Here we’re proposing a one-time test where you collect a vial of blood from a patient and use that to predict survival. We’re very encouraged by the early results,” said Sean Agbor-Enoh, MD, PhD, a study co-author and chief of the NHLBI’s Laboratory of Applied Precision Omics.

Findings should be further validated in a larger group of patients, the researchers noted.