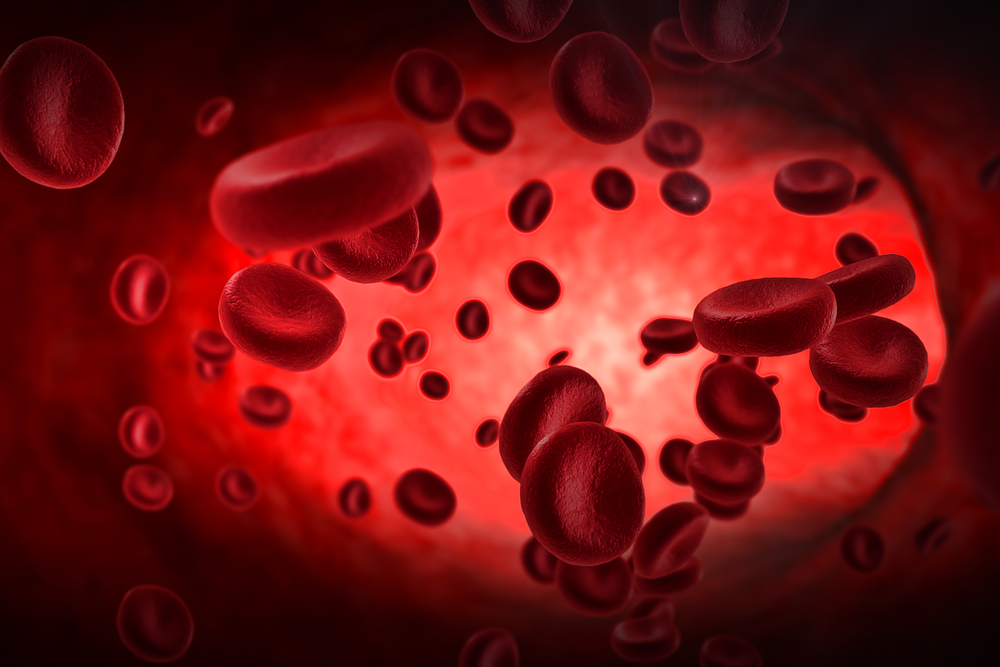 Infusions of large doses of intravenous iron may be a safe treatment approach for patients with low oxygen levels in their blood due to pulmonary hypertension (PH) and/or congenital heart disease (CHD), a study reports.

The study, “Use of intravenous iron in cyanotic patients with congenital heart disease and/or pulmonary hypertension,” appeared in the International Journal of Cardiology.

As a result of low oxygen levels in red blood cells or difficulties in getting oxygenated blood to different parts of the body, both PH and CHD patients can develop a condition called cyanosis, characterized by an abnormal blue discoloration of the skin and mucous membranes.

To compensate for an increase in oxygen transport and delivery, patients with cyanosis usually develop secondary erythrocytosis, or elevated levels of red blood cells and production of hemoglobin, the protein in red blood cells that carries oxygen.

Both the increase in red blood cells and hemoglobin production require adequate iron stores in the body. However, because patients with cyanosis commonly have an iron deficiency, their production of hemoglobin is often impaired as well.

Although iron supplementation has shown the ability to improve exercise capacity and quality of life of CHD patients with cyanosis, evidence on the best dose and route of administration is still lacking. While low doses of iron may be ineffective, large doses may cause gastrointestinal complications as well as clots in blood vessels.

Aiming to provide a treatment for iron deficiency in cyanotic patients with CHD and/or PH, researchers used large doses (500–1,000 mg) of intravenous iron carboxymaltose — a compound consisting of a ferrous (iron) hydroxide core with a carbohydrate (sugar) shell.

Eisenmenger syndrome (ES) — a complication caused by a hole between the two chambers of the heart — was present in 41 of these patients; pulmonary arterial hypertension (PAH) related to CHD (PAH-CHD) in 27; cyanotic CHD without PAH in 16; and PH without CHD in 58.

Over a median follow-up of 100 days from the first iron infusion, the treatment led to a significant improvement in average hemoglobin concentration; haematocrit, a measure of the number of red blood cells in the blood; ferritin, a blood cell protein that stores iron; and transferrin saturation, an indication of iron-binding capacity.

However, a significant proportion of patients, essentially those with ES, were still iron-deficient at the end of the follow-up and did not reach optimal hemoglobin levels.

The data also showed no cases of excessive production of red blood cells leading to new blood hyperviscosity symptoms and/or requiring a phlebotomy, which may occur with excess doses of iron supplementation. Two patients experienced a minor transient rash, and one patient had an air embolism causing a transient ischemic attack.

“In our study, IV iron carboxymaltose administration appeared to be safe for treating iron deficiency in cyanotic patients with CHD and/or PH, providing measures are taken to minimise the risk of air embolism and that patients are monitored for minor allergic reactions around infusion,” the researchers wrote.

Further studies are required to confirm the benefits of iron administration in these patients, they added.